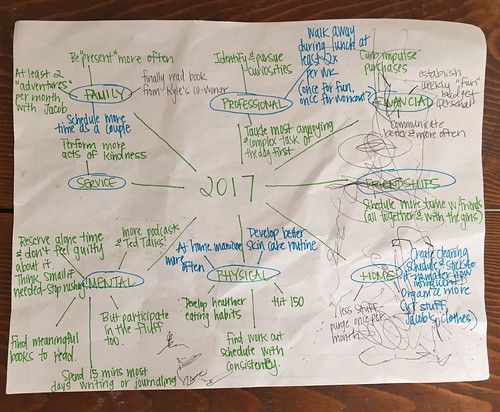 I’ve never been much of a goal setter which truth be told is not a characteristic I like about myself, but I think I’ve finally just come to terms with the fact that I seem to prefer to focus on the now more than trying to figure out the future. And not (in my opinion I guess) in an irresponsible, reckless way – I just approach things from the viewpoint that I, or we when appropriate, will figure it out along the way. Do we want more children? We’ll see, I wasn’t sure I ever wanted any until one day I did and being a mom has turned out to be the best gig ever. Do I want to be an Academic Advisor forever? I’m not sure, but it’s what I enjoy right now and if there comes a time where it doesn’t feel right anymore then I’ll figure out what’s next. You get the drift!

As a result I don’t think I’ve ever had a new year’s resolution. Nope, can’t think of a single one. The thought of listing goals and action steps just makes me cringe. But when a former colleague I hold in high regard posted this link  on Facebook, detailing a method of creating a “mind map” to detail your interests and yes, your goals for the year it felt a little more like reflecting on what I want my life to look like, or what things I think make me feel my best when I do them well. For the past few years, life starts to feel a lot harder to manage while keeping a smile on my face when it seems that the delicate balance of self, work, home, and family isn’t quite in check. And while I believe there’s value in experiencing some uncomfortable moments in the name of personal or professional growth, I also would like to feel like I’m in control of my own mental and physical well being.

So I did the activity and it felt good. I recommend giving it a try, even if you’re like me and to actually capture the time and attention to make it, it ends up being created on the back of a used Star Wars coloring page from the library and it has scribbles all over it because the toddler you were sitting next to kept stealing it, claiming it as his picture. 😉 It made me feel a little bit like I was letting you read a page from my diary by sharing a picture of mine, but I wanted to show how I included everything from more serious items like being present more often (putting my phone away for example), developing healthier eating habits, and communicating better and more often about finances which is a topic I despise, to the silly things like give myself an at home manicure more often and participate in the fluff (like finally watching Gilmore Girls and letting work friends talk me into following The Bachelor this season).

When I did this, I started to notice the connection between the different themes which is probably an intended outcome of the exercise. For example, giving myself an at home manicure more often is a small, seemingly unimportant thing and because literally fingers are part of our bodies I placed it in the physical category. But why the hell did I think it was even worthy of including in this mind map thing? Because I realized that it’s a small thing but when I do it I feel like I have it together way more than I probably do so it crosses right over into that mental theme by making me feel better about myself. You could probably go through all of my items and find ways that they’d impact another theme I included too.

My point? That even if you’re not a goal oriented individual, I think some reflection is hard to avoid and good for the soul when we shift from one year to the next so might as well lean in, right? In the bigger picture, 2016 wasn’t too bad in my book but cheers to 2017! 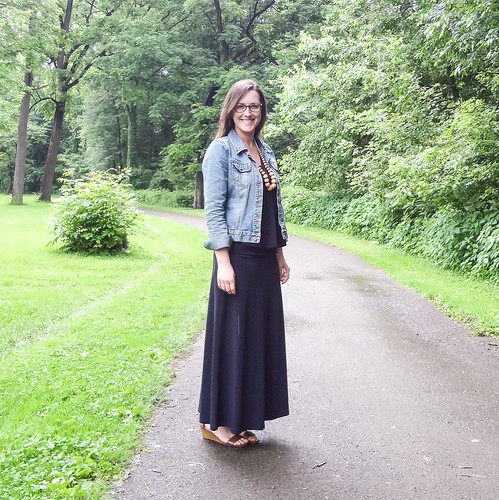